Home > Conflict in the time of COVID-19

Conflict in the time of COVID-19

A global pandemic brings with it a wide range of concerns, constraints and confusing behaviours. Behavioural scientists around the world have been working to encourage people to comply with social distancing measures, mask-wearing, handwashing and staying home.

I’ve written before on how asking individuals to stay at home is asking for more in the South African context than it is when making the same request internationally, but another question has been on my mind these past few weeks: how might the pandemic be impacting individual responses to conflict?

In cognitive psychology, what we generally call “emotions” are rather referred to as “affect” and affect is comprised of two parts: arousal and valence. In simplest terms, arousal is how calming or exciting something is, and valence is how positive or negative it is.

In the relationship between our brains and our bodies, there are only very small differences between emotions like excitement and happiness and their negative counterparts, like fear and anxiety. Each of these states is one of high arousal and it is only the valence that changes. Positive excitement is not very different from negative stress – both place strain on our brains’ ability to regulate emotions and on our body’s energy levels.

In the context of a pandemic, valence and arousal are particularly interesting:  the heightened moments of extreme fear and extreme excitement subside as we adjust to a new sense of normal, but the negative stress remains. And it becomes constant.

Worse yet, our brains begin to struggle to predict what will come next, which requires it to constantly update its attempts at these predictions. Waiting, anxiously, for new information to tell it what might come next is a process that draws incredible energy from our brains’ processing stores. This, of course, leaves us with less energy to put towards other things: less energy to focus on work, family, and simple tasks. And less energy for regulating our emotions.

One of the more complex tasks that our brains are responsible for, is telling us how to manage social interactions. Perhaps the most complex social interaction is one which involves conflict. And pandemics? Well, they can cause a lot of conflicts.

With the South African economy opening and the easing of lockdown restrictions, the citizens of the country are beginning to emerge back into the routines of their daily lives – returning to work and social events. These interpersonal interactions are guided by various restrictions and guidelines by the government – wear a mask, keep your distance and sanitize everything.

I was curious about how people would respond if the people they know were not sticking to the rules. To get an answer, I used Honey to reach out to over 2,000 people. First, I ran a little survey and within 12 hours, I had over 300 responses! I gathered some simple demographic data and a few questions on people’s behaviour during lockdown.

The main question that I was interested in was a vignette where we asked people to imagine themselves in a social setting with a group of other people. I gave a few of these settings, ranging from big events like weddings and birthdays to a return to the office at the end of lockdown. In setting the scene, I described that the other people at the event were not following the various COVID-19 guidelines – people were hugging each other and not wearing masks. Then I asked people what they would do if they were in that situation.

Next, I went to a few social settings similar to the ones described and observed what people did and how they behaved.

The goal, here, was to try and understand how people are responding to minor conflicts in their lives. Importantly, I wanted to see whether there was a difference between how they responded in real life and how they thought they would respond. So, a few things became immediately apparent:

As predicted, what people did and what they thought they would do were vastly different. That’s unsurprising and the reasons would likely be equally predictable: social norms and peer pressure are likely to explain the discrepancy quite neatly.

What was more interesting, however, were the sentiments of the other 58% of the survey sample. While a very small number (3 people) reported that they would join in or do nothing, nearly 12% of people stated that they would “lead by example”.

Cass Sunstein’s How Change Happens can tell us a lot about how this type of influence works in the real world but it’s interesting to note that people recognize their own influence over others and discount others’ influence over them. From my observations, the few individuals who stuck it out and wore masks for longer still gave in and removed them after time, and in none of the scenarios I observed did a small group of rule-abiding citizens change the behaviour of those flaunting their freedoms.

As for everyone else? Well, they simply said that they had control over their own behaviour and nobody else’s. The stated that they would move away, keep their distance or – in a surprisingly large portion of the sample (8%) – that they would simply leave. The most poignant of the quotes, for me, was one that came from a middle-aged woman who is currently unemployed. She said,

Since the beginning of lockdown, employment and financial health have been major concerns for South Africans. Perhaps, even, more concerning than the virus itself – even among this sample, over 63% of participants said that they thought it was unlikely that they would catch COVID-19 but many, many people lamented their lack of work and struggle with finances.

The precautionary measures discussed in our vignette are government-mandated and simple asks. They’re not difficult to abide by and there is plenty of justification for asking that others adhere to them. And, yet, this unemployed woman who noted her financial struggles, would rather walk away from work than make a simple, reasonable request.

While most of those in the sample suggested they would speak up, it is telling that 53% of them used words like “polite” and “gently” in their expressions of intent to say something. This phenomenon was clear throughout the survey – even those who were unwilling to say something indicated that they would only keep their distance enough to “not appear rude”. And those who would do nothing? Well, one man’s simple response captured most sentiments: “I would carry on with the greetings because I would not want to seem smarter than everyone else”. 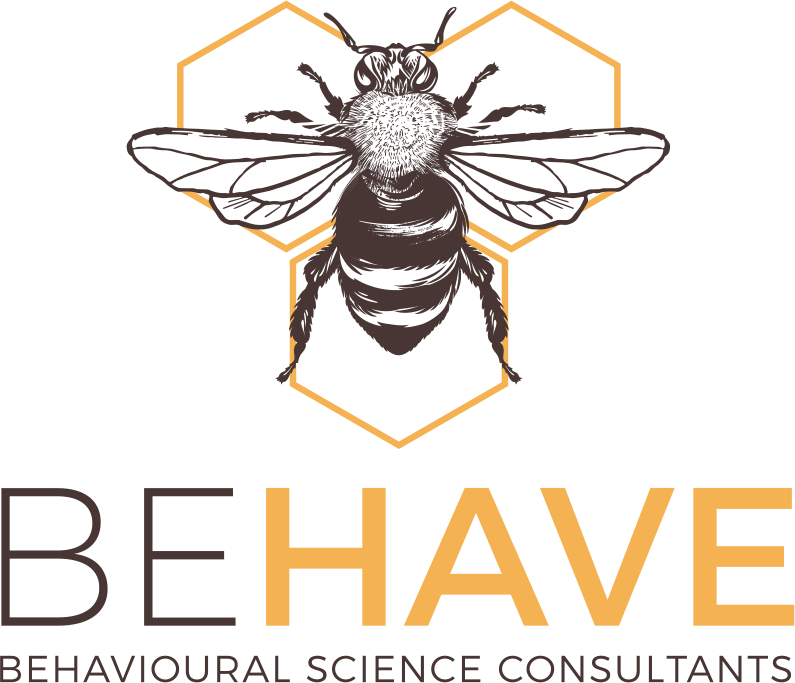